Is Brewers Yeast The Same As Nutritional Yeast? 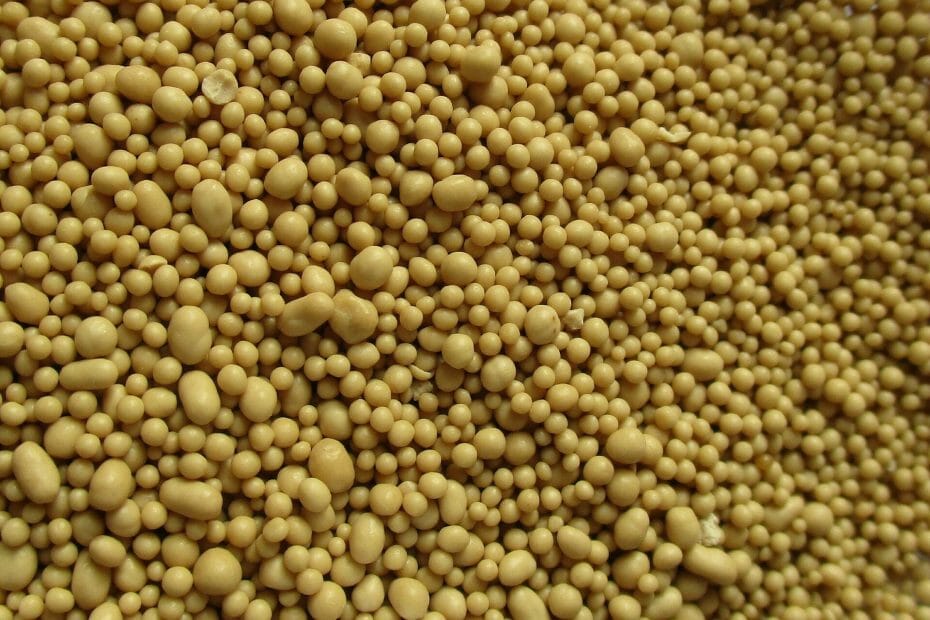 Is Brewers Yeast The Same As Nutritional Yeast?

The short answer is “no”. Brewer’s yeast and nutritional yeast are different despite both being made of the same strain of Saccharomyces cerevisiae. There are four main ways in which they differ including Fortification, Production Processes, Taste & Flavor Profile, and Usage Function.

In conclusion, brewer’s yeast and nutritional yeast may be similar in that both contain plenty of macro and micronutrients and come from the same strain of fungus.

The primary distinction between brewer’s yeast and nutritional yeast is the way in which each product is made. Brewer’s yeast is a live active yeast used for making beer that is then heat-killed and turned into a dietary supplement. Nutritional yeast, on the other hand, is a deactivated yeast grown specifically to be eaten as a ‘food’.

Though both products are made using Saccharomyces cerevisiae, or single-celled fungus is more commonly known as yeast, they have remarkably different qualities. Due to the differences in the making process of each product, they have different nutrient profiles.

While both products are derived from Saccharomyces cerevisiae, nutritional yeast has higher concentrations of proteins and vitamins, making it a more nutrient-dense food than brewer’s yeast.

Ultimately, when choosing between the two, nutritional yeast is the better option because it contains more nutrition per serving and doesn’t have any potential health risks associated with traditional brewers’ yeasts.

All in all, brewer’s yeast and nutritional yeasts are completely different products with distinct cooking and supplementing capabilities – even though they’re derived from the same base ingredient: Saccharomyces cerevisiae!

How Are They Made?

The process begins by preparing a nutrient-dense medium that the single-celled fungus can grow and spread. This is typically done by combining various nutrients such as nitrogen, potassium, magnesium, and glucose with water in a large vat.

As the yeast cells break down glucose and other molecules during fermentation, it produces alcohol and carbon dioxide which are released into the substrate.

Brewer’s yeast is a type of yeast typically used in the production of beer. It is produced by growing the yeast on a medium of malted barley or other grains and then separating it from the liquid once fermentation has completed. Afterward, it is dried using rollers to deactivate or “kill” the yeast cells.

Because brewing is the process by which brewer’s yeast is made, it tends to have a more bitter flavor than nutritional yeast. To make it more palatable, products often go through a “debittering” process. Brewer’s yeast can be found in powder form, flakes, or capsules.

Nutritional yeast is a dietary supplement created specifically to be consumed. It’s made differently than brewer’s yeast because it is “primarily grown,” which means its production is intended solely for the purpose of consuming as a supplement.

To do this, it is grown in mediums using either beet or cane sugar molasses, which are cheap byproducts of the sugar industry. These molasses provide glucose for the yeast to feed on and helps create a more robust and nutritionally-dense final product.

In some cases, additional synthetic nutrients are added to enrich the nutritional value even further. This can include things like B vitamins, folic acid, and minerals such as zinc and iron. This makes nutritional yeast a great source of added nutrition when consumed regularly, especially for those following a vegetarian diet.

As the nutritional makeup of each of these yeast products varies, they each provide different health benefits.

Brewer’s Yeast is a type of yeast that is most commonly used in the brewing process to create beer. But it also has many health benefits, as it contains chromium, which can help lower blood sugar levels and cholesterol levels.

It also has been shown to have a positive impact on the immune system, helping to reduce the frequency of colds and flu bouts, and may even help with acne or reduce the risk of skin cancer.

Brewer’s Yeast is an ideal supplement for those looking for natural ways to improve their health and well-being. It can be taken orally in supplement form or added to food recipes like smoothies or soups that deliver its benefits without any noticeable taste.

As always though you should speak with your doctor before starting any new supplement regime in order to keep your health safe and in check!

Nutritional yeast is an incredibly nutritious supplement that can have many health benefits. It’s made from a single-celled organism, Saccharomyces cerevisiae, which has been cultured and dried. It can be used as a seasoning on foods like salads, popcorn, pasta dishes, and more.

Like brewer’s yeast, nutritional yeast appears to help boost the immune system while improving cholesterol levels. Nutritional yeast contains a high number of antioxidants, including glutathione and selenomethionine which can help reduce oxidative stress in the body, reduce inflammation, and help eliminate heavy metals and toxins.

Different types of nutritional yeast are fortified with B12 vitamins that are important for energy metabolism, immunity, red blood cells, and cell health.

Taking this type of nutritional supplement could potentially reduce chronic fatigue or other low-energy-related issues and could even help you feel more energized.

Owing to their dissimilar flavor profiles, these two supplements are typically used in different ways.

Brewer’s Yeast is a type of supplement that is typically found in capsule form, meant to be consumed with water. It is commonly used to add nutritional value and help the body with digestion and mental clarity. Brewer’s yeast is particularly high in B vitamins, which can give you an energy boost.

Unfortunately, it doesn’t taste too great since it has not gone through a debittering process. That being said, there are products available in more palatable forms, such as fine powders or flakes which work well when mixed into protein shakes, smoothies, or juices although they still have a bit of a funky “wet-grain” taste.

To mitigate this flavor, you can use smaller servings or pair the product with other overpowering flavors to still get the desired nutritional benefits without sacrificing taste.

Nutritional Yeast is an optional ingredient with many uses. It has a cheesy, umami flavor and nutrient boost which makes it a perfect substitute for dairy cheese in many recipes. Nutritional Yeast is commonly used to give dishes a boost of flavor, such as pasta dishes, sautéed vegetables, salads, and more.

Nutritional yeast can be added to smoothies and shakes for extra protein and vitamin B-12 punch. It is also popularly used in vegan cooking as an alternative to parmesan cheese or other shredded cheese.

To make the best cheese sauce, combine cashews, garlic cloves, water, and nutritional yeast in a blender until you get the desired texture and taste.

For those looking for even more nutritional content from their food supplements, Brewer’s Yeast also contains many essential vitamins – including all eight B vitamins – amino acids, and minerals like zinc and iron.

Nutrition is an important factor to consider when deciding between Brewer’s Yeast and Nutritional Yeast. The vitamins and minerals present in the yeast depend largely on the medium it was grown on. Brewers and nutritional yeast are grown with different diets, resulting in unique benefits for each type of yeast.

Brewer’s Yeast is a type of yeast that is commonly used in beer-making. It is also known to have many health benefits, as it is high in certain B vitamins, including niacin, thiamine, folic acid, and riboflavin. It is also packed with protein and fiber and doesn’t contain much fat.

However, most nutritional yeast products are fortified with additional vitamins and minerals to make them even more nutritious.

In addition to the vitamins and minerals, it contains, nutritional yeast also has a cheesy or nutty flavor that makes it great for cooking and baking.

Which One Is Better?

When it comes to deciding between brewer’s yeast and nutritional yeast, it really comes down to what you are hoping to get out of the supplement. Pure brewer’s yeast is natural and contains no added synthetic vitamins or minerals, so it’s a great choice for those looking to avoid manufactured nutrients.

On the other hand, nutritional yeast is fortified with B12, which makes it an excellent choice if you’re a vegan who isn’t supplementing with B12 and needs more in their diet.

For the best health benefits, we recommend utilizing both brewer’s yeast and nutritional yeast. Don’t hesitate to give it a go to get the desired results.