Are Doritos Vegan? Find Out Here! 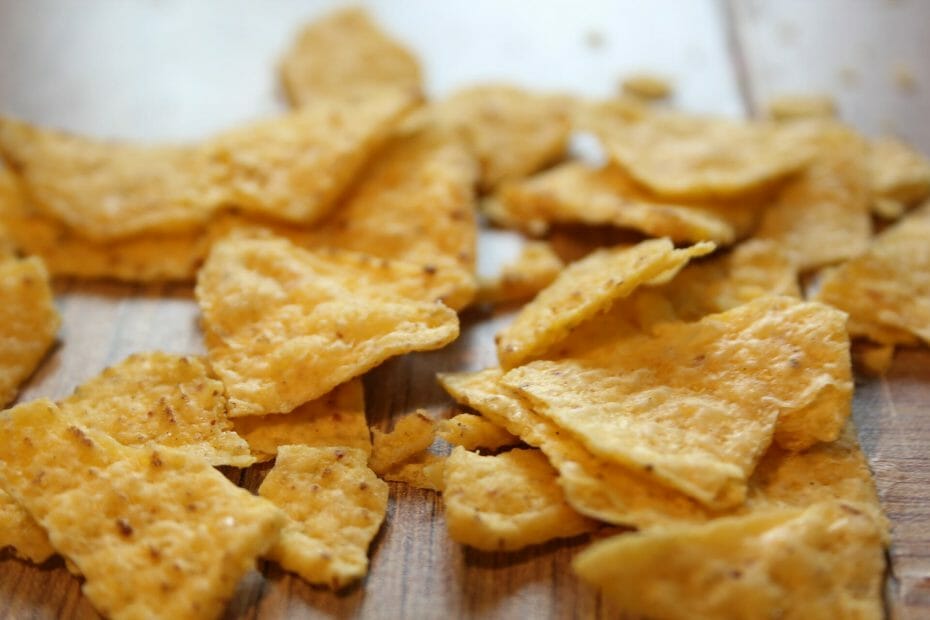 All varieties of Doritos are made from ground corn, salt, and either sunflower oil or vegetable oils so the base chips themselves are vegan-friendly. However, when it comes to flavored Doritos, vegans should be aware that some of them contain dairy or other non-vegan ingredients such as natural chicken flavoring, whey, buttermilk, chicken powder, and cheese.

Ultimately though not all flavors contain these animal products so if your favorite flavor doesn’t include those ingredients then you may be in luck.

For example, plain tortilla chips (which aren’t flavored), Lightly Salted Tortilla Chips, and Reduced Fat Tortilla Chips are some vegan options. For more information check ingredient labels each time you shop depending on the flavor you buy.

What Flavors Of Doritos Are Vegan?

Don’t worry, vegans – three out of the twenty-one Doritos flavors are completely made with animal-free ingredients! These are:

If you’re looking for a vegan-friendly Doritos flavor, look no further than the Spicy Sweet Chili variety. No animals were harmed in making this delicious flavor and it’s packed with the perfect blend of spicy and sweet that does not require any accompanying dips or salsas.

If you are looking for a flavorful vegan snack, then the Lightly Salted Corn Doritos may be the perfect option for you.

The three ingredients listed on the product label — vegetable oil, corn, and salt — make it clear that these delicious chips are vegan.

Before being discontinued, Blaze Doritos were a big hit among vegan consumers looking to replace the Flamin’ Hot Nacho with a plant-based option. These triangles of crunchy tortilla chips were sprinkled with garlic powder and jalapeno, delivering a spicy kick with every bite.

If you’re looking for a snack that will leave your mouth burning and tongue-tingling then Blaze Doritos are the perfect pick!

What Flavors Of Doritos Are Non-Vegan?

It’s important to be aware of what flavors of Doritos are non-vegan if you are following a vegan diet. Unfortunately, some popular flavors of the snack contain animal products like dairy and eggs which make them off-limits for vegans.

The most common non-vegan Doritos flavors include the following;

Cool Ranch Doritos are not considered vegan because they contain several milk-based ingredients. The product label states that aside from cool sour cream, it contains whey powder, skim milk, cheddar cheese, buttermilk, and lactose. As a result, these Doritos cannot be labeled as suitable for vegans or vegetarians.

If you’re looking for an appropriate snack that is vegan-friendly, then you should avoid Cool Ranch Doritos and opt for another flavor that does not contain any animal byproducts or derivatives.

For people who are trying to avoid these animal-based ingredients while still enjoying a tasty treat, these chips are a no-go.

All of these animal-derived ingredients make it impossible for these flavors to be considered vegan.

Dinamita Chile Limon Rolled Doritos are a popular snack, but unfortunately, they are not vegan-friendly. This is because the snack contains multiple milk-based ingredients, such as buttermilk, whey protein concentrate, cheddar cheese, whey, and romano cheese.

Doritos Collisions – Blaze and Ultimate Cheddar are the sought-after flavors of Doritos. The ‘Blaze’ section is vegan-friendly, while the ‘Ultimate Cheddar’ side is not due to its use of various dairy elements.

For these reasons, anyone following a vegan diet should avoid this flavor of Doritos.

This means that anyone who follows a vegan diet should steer clear of this particular flavor.

Flamin’ Hot Nacho Cheese Covered Peanuts Flavor Shots by Doritos are not vegan-friendly due to their animal-based ingredients.

These animal sources include Buttermilk, Whey Protein Concentrate, Cheddar Cheese, and Whey. As a result, those who follow a vegan lifestyle should avoid these flavor shots if they want to remain compliant with their practice.

Jacked Ranch Dipped Hot Wings Doritos are a popular flavor of Doritos, but unfortunately, they’re not vegan. This is because this particular flavor contains multiple kinds of milk and chicken-based ingredients that make it non-vegan friendly.

Nacho Cheese Doritos are a popular flavor of chips, but unfortunately, they are not vegan.

This is due to their multiple milk-based ingredients, including buttermilk, lactose, skim milk, cheddar cheese, Romano cheese, whey, and whey protein concentrate.

Poppin’ Jalapeno Doritos may be a delicious snack, but unfortunately, they are not vegan. The ingredients include skim milk, buttermilk, lactose, cheddar cheese, whey, and romano cheese.

Salsa Verde Doritos are a popular line of tortilla chips that come in flavors like nacho cheese, spicy sweet chili, and jalapeno cheddar. Despite this, these Doritos are not vegan as they contain “Natural and Artificial Flavors Chicken Flavor”.

When it comes to finding non-vegan flavors of Doritos, taco-flavored chips are at the top of the list. Unfortunately, these chips contain multiple milk-based ingredients that make them unsuitable for vegans.

When it comes to snacks, few are as iconic as Doritos chips. But are they suitable for those following a vegetarian diet? The answer is that it depends on the flavor of Doritos you choose.

According to the Doritos website, only three of their twenty-one flavors are vegan-friendly: Spicy Sweet Chili, Lightly Salted Corn Doritos, and Blaze. The other flavors contain either milk or chicken-based ingredients, making them unsuitable for vegetarians.