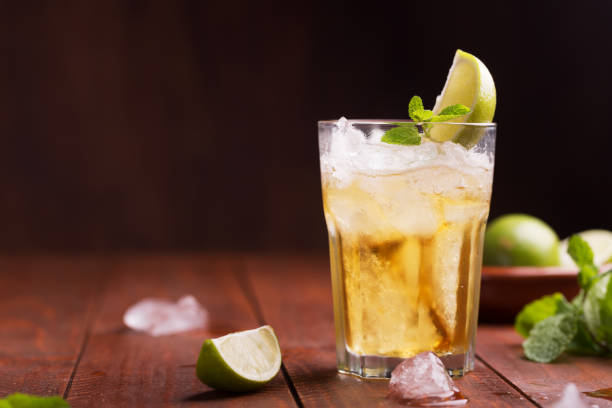 Can I Have Ginger Beer On A Gluten Free Diet?

Ginger beer is a popular non-alcoholic beverage, but with a beer in its name, it can be alarming for many of us who are on a gluten free diet, so is it gluten free?

Ginger beer is naturally gluten free despite its misleading name, consisting of just sparkling water, sugar and some ginger flavouring.

Which Kind Of Ginger Beer Is Gluten Free?

Always check the list of ingredients on the back of your true ginger beers to make sure it’s gluten free due to additives.

We’ve listed some popular brands of ginger beer below which are certified ginger beer gluten free.

Ginger beer and ginger ale are often used interchangeably when we talk about varieties of ginger beer, but what’s the difference?

Ginger ale is just fizzy water with some ginger flavouring, ginger beer on the other hand is brewed which is why sometimes it can have a small alcoholic percentage or you might find types of ginger beer which are alcoholic.

Both ginger ale and ginger beer are gluten free, but there could be a risk of cross-contamination if ginger beer is made in the same factory as traditional beer.

How Do I Drink Gluten Free Ginger Beer?

Gluten free brands of ginger beer can simply be drunk on their own as a non-alcoholic beverage or you can drink it in gluten free favorite ginger beer cocktails such as; Moscow mule, margaritas or as a substitute for club soda.

Ginger beer might be gluten free, but what about typical beer? Unfortunately, most average beer does contain gluten since the brewing process contains water, hops, yeast and barley.

For a beer to be gluten free, the wheat products in it need to be less than 20 ppm, most beer types contain much more than this. For example, an average glass of ale has 3,120 ppm.

There are some gluten free beer brands out there which use gluten free grains like rice and corn to make beer instead. We also have an in-depth article about Is Root Beer Gluten Free?

Overall, ginger beer is gluten free, since it’s ginger, water and sugar mixed, this allows you to enjoy many brands of ginger ale without worry, but always check the ingredients list just in case.

Regular beer does have gluten, so don’t get confused, this is because barley and malt are used during the brewing process.

Read the next article: Is White Rum Gluten-Free