Is Shortening Vegan? Find Out Here! 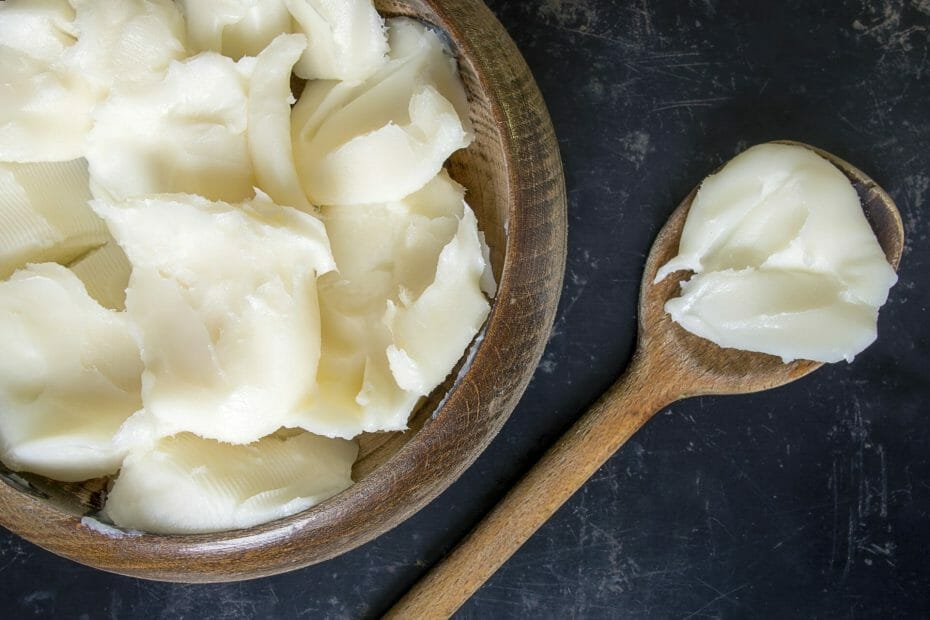 Vegan-friendly vegetable shortening is made up of hydrogenated or partially hydrogenated vegetable oils, such as soybean oil or palm oil. These oils are heated and allowed to react with oxygen in the air, resulting in a product that usually has a light creamy color and texture similar to butter.

When compared to animal-based shortenings such as lard or butter, vegetable shortening agent are usually more cost-effective, available in larger quantities, and easier to work with for baking purposes.

It is also important to note that vegetable shortenings often have little to no cholesterol or saturated fats, making them a favorite choice among health-conscious strict vegans.

This is a question many vegans ponder when picking out ingredients for their recipes. While it might seem like vegetable shortening should always be vegan-friendly, unfortunately, this is not the case.

Two potential problem ingredients can occur in vegetable shortenings and render them non-vegan: mono and diglycerides, which are often derived from either plant or animal fats, and palm oil.

The majority of vegetable shortenings contain some kind of palm oil, so if you’re a vegan who avoids products with palm oil then it’s best to double-check before deciding on a particular type of shortening.

For example, Crisco Shortening is one of the main brands widely available; but they use palm oil as one of their main oils – making it possibly non-vegan friendly.

All in all, research is key when it comes to deciphering whether or not a certain type of shortening product is vegan or not. Make sure to read the label carefully for any indication of animal derivatives that may be present in the product.

Margarine has been used as a vegetable shortening for many years now and is considered to be a vegan alternative to butter. It’s not marketed as such but has long been used in baking to give the desired texture when creating biscuits, pastries, pies, and cakes.

This is because it is solid at room temperature and when combined with flour, it helps create air pockets that give the baked good its delicate texture.

There are some concerns about trans fat so most commercial vegetable shortenings have gone to safer, non-trans fat alternatives. Vegans still have options though, thanks to newer technologies that make oils solid at room temperature which provides the same amount of shortening power.

In conclusion, margarine can be used as a suitable vegan shortening if you’re looking for an animal product-free option. Just remember that it may not give as much shortening power as certain commercial products so keep this in mind when using it in baking applications.

Vegetable oils, such as canola, soybean, and others, are a great alternative to shortening if you need something that will interfere with gluten development. This is especially true if you don’t have any shortening on-hand or for recipes that call for a super tender end product.

Oil does an excellent job when it comes to shortening power but sometimes too much of a good thing can be bad. Too much oil will result in a dough that is coated too thoroughly which prevents adequate gluten development– some are needed to get the desired texture and structure of your baked goods.

Liquid and fat should also be added in a specific ratio—one part liquid to five parts fat—to maintain the right consistency of your products. Fat helps to make your dough softer as well as allows it to rise better.

That being said, sometimes vegetable oils are used in place of traditional shortening when people are looking for super tender baking like brownies and cakes because they provide more moisture than other traditional fats. Plus they’re vegan!

As most of us know, veganism is a way of life that abstains from consuming any animal products. Unfortunately, some common shortening ingredients are not vegan-compatible. Lard is one example of a non-vegan shortening that is derived from hog fat and can be found in croissants and other baked goods.

The process of ‘rendering’ is what turns the crude animal fats into a usable form for food intake. During this transformation, the lard has to undergo deodorizing, with the addition of antioxidants to increase shelf life against rancidity.

This means that although lard was a popular ingredient once upon a time, much of it today is replaced by vegetable-based shortenings such as Crisco.

Ultimately, these non-vegan shortenings provide good news for vegans as it allows for more accidentally vegan food products to existing without containing Animal products in them.

Tallow is a solid fat that comes from beef or mutton animals, consisting largely of saturated fat. It has a longer shelf life than other animal shortenings as it’s more resistant to oxidization.

It’s mainly used in animal food and non-food products like soap but is not commonly used to shorten food such as processed foods and pastries. Thus, tallow can be seen as vegan-friendly since it rarely appears in vegan products.

It has technical definitions that don’t strictly limit itself to only beef or mutton fat, meaning other animal fat can also be considered tallow depending on its melting point criteria. Nevertheless, when people talk about it they usually refer to either beef or mutton fat as the source of tallow.

In conclusion, vegans can safely enjoy foods that contain shortenings without worrying about whether or not tallow was used in its production process.

Suet is a type of animal fat that’s traditionally been used in home cooking. It’s located around the kidneys and loin of beef and sheep and rendered to create an animal shortening or suet. Although it’s rarely listed on an ingredient label, you may still find suet listed in recipes for dishes like meat pies.

Luckily, vegans don’t need to worry about accidentally purchasing or using suet since it won’t be found in vegan-friendly recipes or ingredient panels. So for those looking to stick to a plant-based diet, there shouldn’t be any concern when it comes to avoiding suet.

However, butter has its advantages as it is full of saturated fat and gives cakes an irreplaceable flavor that cannot be replaced by other kinds of shortening. Because of this, it can be used in some cases as an alternative to traditional shortenings.

When it comes to vegan-friendly shortening options, ghee is a great choice. Ghee is a type of clarified butter used as a substitute for shortening in some recipes. While it’s not necessarily marketed as a shortening, it fits the broader definition and can be used as an alternative.

You’ll often find ghee in Indian and Middle Eastern cuisine, so you probably won’t have to worry about using it when baking desserts or other foods. It’s becoming more commonplace in baking recipes and is a good option if you need to replace regular shortening with something plant-based and vegan-friendly!

Is Crisco Shortening vegan? The simple answer is yes! Many people worry that animal fat may be present in Crisco, but they do not need to worry. Its manufacturer does not conduct any animal testing and there are no traces of animal fat at all.

Crisco is also dairy-free, unlike coconut oil, and its origins can easily be traced back to non-animal sources as it is primarily made up of soybean oil, hydrogenated palm oil, palm oil, TBHQ, and more. Since there are no animal sources in this shortening product, it more than qualifies as vegan.

So if you’re looking for a shortening option for your favorite recipes or baking needs that’s free from animal byproducts then rest assured that Crisco is a perfect choice.

What Are The Ingredients Used In Crisco Shortening

Crisco Shortening comes in four different types, all of which include some combination of soybean oil, fully hydrogenated palm oil, palm oil, mono and diglycerides, TBHQ, and citric acid.

The Original Shortening uses these same ingredients while the Butter-flavored Shortening has natural and artificial flavor added to it as well as beta-carotene (Pro-Vitamin A) for color.

Regardless of the variant being used, all Crisco Shortenings are vegan-friendly except for those who follow a stricter veganism practice. It is also worth noting that although Crisco claims its product contains 0% trans fat, there could be a small presence of trans fat depending on how the shortening is processed.

Are There Any Mono And Diglycerides In Crisco Vegan?

When it comes to veganism, the use of Crisco is a bit of a debate. The company claims to use only pure vegetable oils – something that’s not always accepted by stricter vegans.

What’s more, the production of their products involves hydrogenated vegetable oils. This further shows why there are doubts about their ingredients being 100% vegan-friendly.

In addition, mono and diglycerides can come from either plant or animal sources, and while they claim that the mono and diglycerides in Crisco are from plants, some vegans are still objecting. Not to mention the palm oil used in its other vegetable oil ingredients – this further clouds people’s opinion on whether or not it is suitable for them as part of their lifestyle.

What About Palm Oil?

The issue of palm oil in veganism is often a contentious one. Palm oil itself is derived from a plant and should be considered automatically vegan; however, its large-scale production has raised some ethical questions within the vegan community.

Palm oil has been linked to the destruction of rainforest habitats and the displacement of animal species as these areas have been turned into plantations for palm trees. This means that not only are animals suffering due to a lack of food and shelter but also rare fauna and flora species are being wiped out.

This unethical production of palm oil creates an ethical dilemma for vegans – do they avoid it altogether or do they accept it because it does not contain any animal ingredients? This is something that each needs to decide for themselves.