Is Tapioca Vegan? Find Out Here! 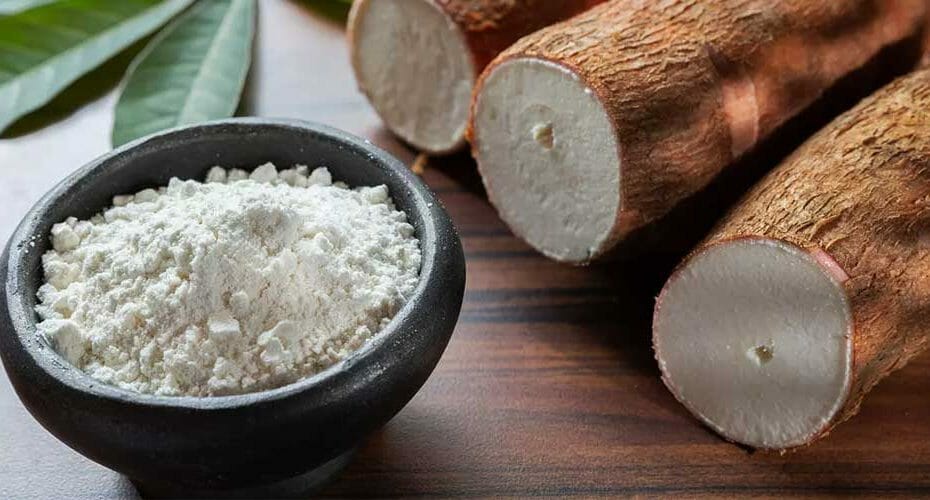 Tapioca is a plant-based (vegan) food made from cassava root. Cassava roots grow underground and are harvested when they reach maturity. Once harvested, the roots are washed, peeled, and ground into flour. The tapioca flour is then cooked until thickened and cooled.

While tapioca itself is considered vegan, some products containing it may not be completely vegan. Some manufacturers add ingredients such as dairy milk powder, eggs, honey, butter, salt, sugar, soy sauce, fish oil, gelatin, whey protein concentrate, and/or non-vegan fats to their products. These additives may come from animal sources.

Tapioca is a starch made from the root of a plant called Cassava. It comes from the Cassava plant family, which also includes potatoes and yams. Tapioca is commonly used as an additive in food products and beverages to improve texture and add bulk.

Tapioca originated in Brazil but was taken along with European settlers throughout the Americas. Today, it is found all over the globe.

Since its transport around the world, it now serves as an important staple food in many tropical third-world countries where it provides a cheap source of energy and nutrition. However, it’s a poor source of protein so it’s not recommended to build your entire diet around tapioca.

What Is Tapioca Used For?

Tapioca is most frequently used in recipes as a thickener. It is found on the ingredient list of many foods, including frozen prepared meals, dried soup mixes, and even hamburger patties and chicken tenders.

Some recipes, such as soupy dishes and gravies, call for tapioca instead of cornstarch as a thickener. It is also a common ingredient used in gluten-free bread, pasta, and crackers. It is typically mixed in with non-wheat flour like rice and peas to help mimic the texture of traditional wheat flour.

Tapioca is probably most famous for its use in tapioca pudding snack packs, where it is commonly used as cup tapioca pearls. It is also used in bubble tea, where it is used to make boba balls.

When Is Tapioca Vegan?

Tapioca is a starch derived from cassava roots. Cassava is a plant native to South America. It grows well in tropical climates and is commonly found growing in Africa, Asia, Australia, and Central and South America.

Because cassava is a staple food source in many parts of the world, it is considered a superfood. It is rich in fiber, protein, carbohydrates, and micronutrients. Cassava is gluten-free and low in calories. It doesn’t contain any cholesterol, saturated fat, trans fats, sodium, or added sugar.

While most tapioca powder is processed using non-vegetarian methods, there are some brands that are vegetarian. These include Boba Tea, which uses only vegetable extracts and no animal products.

Boba Tea is a great option if you are trying to avoid caffeine and artificial sweeteners. It is also a great alternative to coffee if you don’t drink alcohol.

How Is Tapioca Made?

Tapioca is traditionally made from the cassava root, but there are several methods of processing the root to produce tapioca.

Once the tapioca is separated from the fiber, it is ground into a fine powder and packaged into various shapes and sizes. Some common types include pearl tapioca, which looks like tiny beads; flake tapioca, which resembles rice cereal; and meal tapioca, which is similar to oatmeal.

The Many Uses Of Tapioca

This beverage is made by blending tea with dairy products, fruits, and juices, then adding tasty little tapioca pearls. These tiny balls add texture and flavor to the drink.

This fruit slush recipe uses tapioca starch instead of gelatin. You can find tapioca starch at most grocery stores. It’s used in place of gelatin because it doesn’t require refrigeration and it won’t cause any allergic reactions.

Tapioca is gluten-free, cholesterol free, low in fat, high in dietary fiber, and low in calories. It’s also naturally sweetened and has a smooth texture.

Taho is a classic Filipino dessert made with silken tofu and pearls of tapioca. It’s served warm and is very popular as a comforting snack at any time of the day.

You can add various toppings to your Taho, including coconut flakes, chocolate chips, nuts, raisins, and whipped cream.

Tapioca is a starch made from cassava root. Cassava roots are actually not related to potatoes at all. However, they look very similar, so most people think they are the same thing. Tapioca is also used in gluten-free baking.