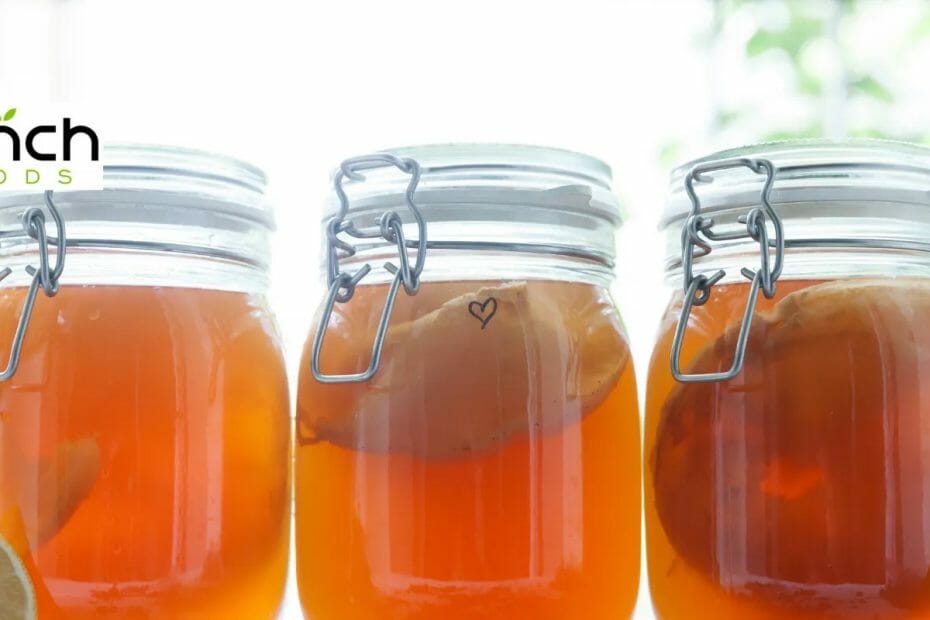 Does Kombucha Have Gluten? – Our Guide!

Kombucha is a well-known health drink thanks to its fermented properties which improve our gut health, but for celiacs or people with gluten sensitivity, are they gluten-free?

The majority of Kombucha you will find is gluten free, this is because Kombucha is simply made from fermented tea leaves, sugar, starter bacteria and some flavourings. It is always worth double-checking the labels however or making your own to be on the safe side.

We’ve composed a small guide below which will take you through why people think Kombucha has gluten, what kombucha is made out of if it’s good for you and other hidden sources of gluten to help you out.

Why Do People Think Kombucha Has Gluten?

It can be hard for people with gluten sensitivities and celiacs to figure out what food has gluten.

Some people think kombucha might have gluten due to the SCOBY bacteria inside of Kombucha brands which contains yeast, and yeast is often associated with gluten too.

This yeast does not have gluten however and is not to be confused with brewers yeast which does have gluten.

What Is Kombucha Made Out Of?

We’ve listed the main ingredients of the drink below.

Scoby comes from bacteria of yeast and sugars which helps the yeast cells to ferment the tea, this particular strain of yeast does not have gluten, but as we always say, double-check the label.

There has been rumoured kombucha beer, which is not gluten-free.

All sugar is gluten free, whether you use cane sugar or coconut sugar, anything natural will be 100 percent gluten free.

The majority of tea plants and leaves are gluten free, cross-contamination with other gluten proteins is highly unlikely. Find out more information here Does Organic Green Tea Have Caffeine?

Water is gluten free in kombucha with no risk of contamination with gluten products.

Is Kombucha Good For People With Gluten Sensitivity?

There is no direct link between the benefits of kombucha and people with celiac disease or gluten insensitivity but it does have general health benefits which are ideal for consumption.

We’ve listed a few below.

Hidden Sources Of Gluten In Food

If you suffer from celiac disease or any gluten allergy, you will know it can be very confusing to figure out which food products are gluten free.

We’ve listed some common foods below which have hidden gluten to help you out.

Which kombucha has gluten in it?

The majority of kombucha will not have gluten in it, but kombucha beer for example could. We always suggest checking the manufacturer’s label beforehand.

What is SCOBY in kombucha?

SCOBY is a symbiotic culture of bacteria and yeast which is used to ferment the tea in kombucha.

Can kombucha make you sick?

Kombucha rarely ever makes people sick, but it can do if it’s not brewed properly, some people at risk could be pregnant women or people with autoimmune diseases.

To conclude, kombucha is gluten free since its ingredients are just tea, sugar and water which is fermented, we do always recommend checking the label beforehand, however.

Gluten is often found in food products you might not expect and can even be found in medications and moisturisers. To keep things gluten free we always suggest homemaking foods such as stock or fries to ensure there’s no cross-contamination.